The Alpin Film Festival, the only cultural and mountain education festival in Romania, is held this year between February 27 and March 4 in three locations - Brasov, Predeal and Busteni. The festival brings to the attention of the public, through a national competition, spectacular films about mountain climbs, expeditions and stories of the mountain.

The Flemish documentary “Samuel in the Clouds”, selected in the official competition of the Alpin Film Festival, has an important message about climate change and what impact it has on everyone:

Our planet is affected by climate change at an alarming rate. Climate experts estimate that in 10-20 years, people in the Andes will face a severe shortage of water due to the melting of the glaciers. On the top of the mountain, Samuel's spiritual vision contrasts with the rational work of scientists, who seem even more lost than Samuel. We are faced with an allegory - despite obvious changes, we are not facing reality. It's the story of a simple man who honors nature while the progress of humanity follows its course.

"Samuel in the Clouds" will be broadcast on March 2, 2018, at 19:00, at the Reduta Cultural Center in Brasov. The documentary trailer can be viewed at the following address: https://www.youtube.com/watch?v=0lspXRFIzcM. 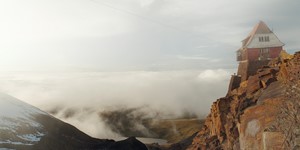 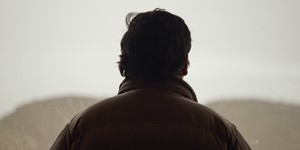